On August 7, Netflix premiered the final season of High Seas. And in only two days, the Spanish series became one of the most watched in the world.

According to the latest weekly edition of TV Time’s binge report, the Spanish series ranked in tenth place.

The series had already found a spot on last week’s ranking of most-anticipated premieres.

The Top 10 most-binged series for the past week is led by The Umbrella Academy, with The Rain and Modern Family competing the podium. 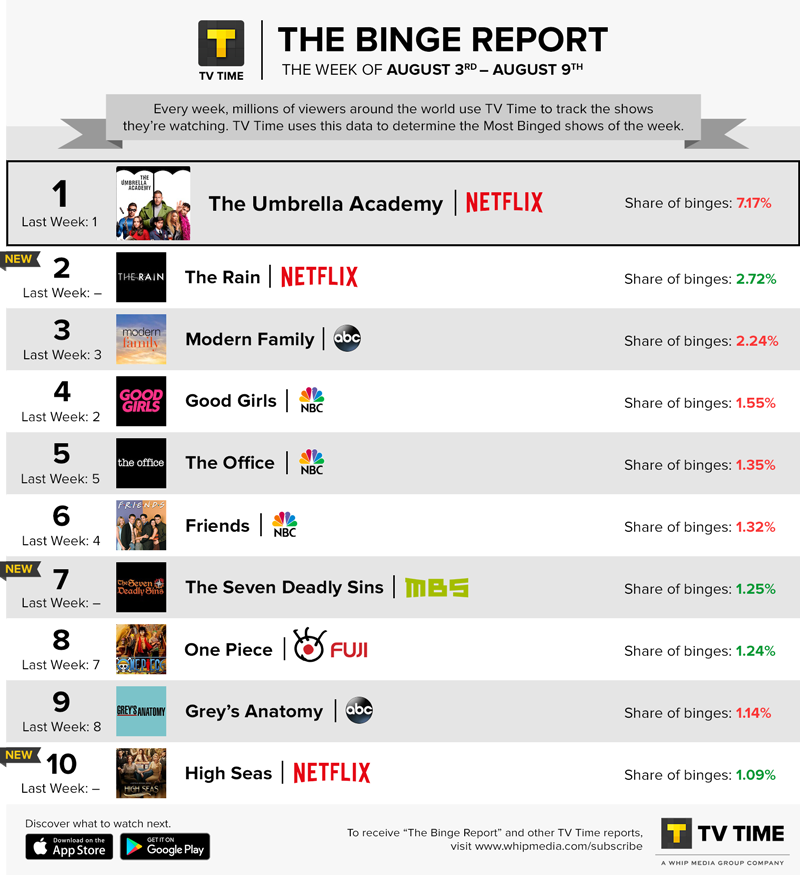 TV Time also published a new edition of its “Shows on the Rise” ranking, which measures which were the fastest-growing series of the last week.

The ranking also features High Seas in second place, behind The Rain. 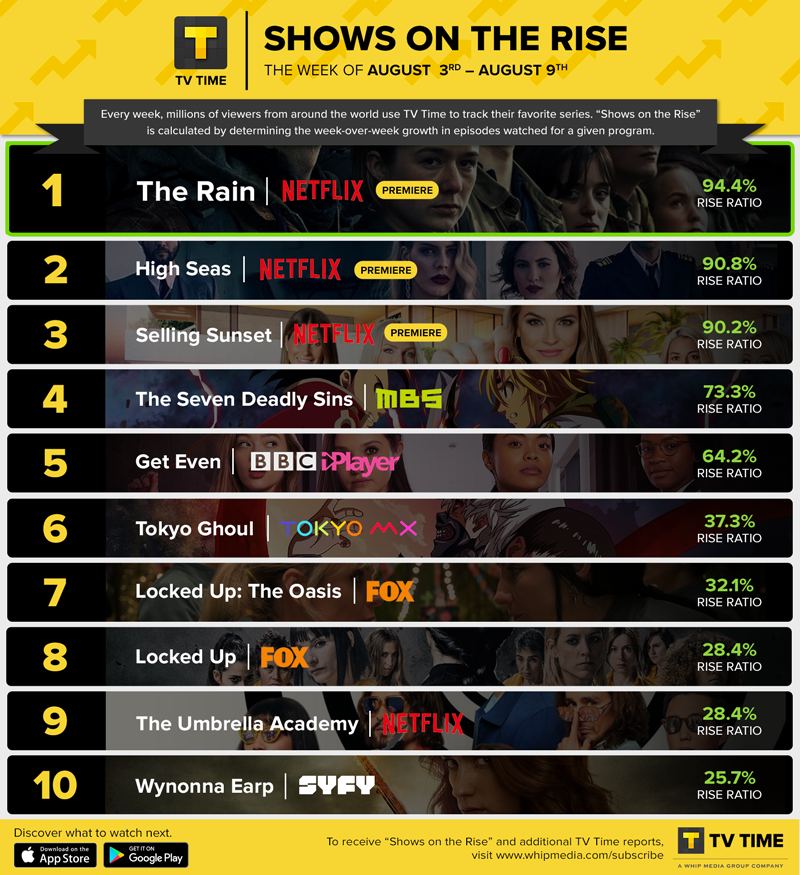